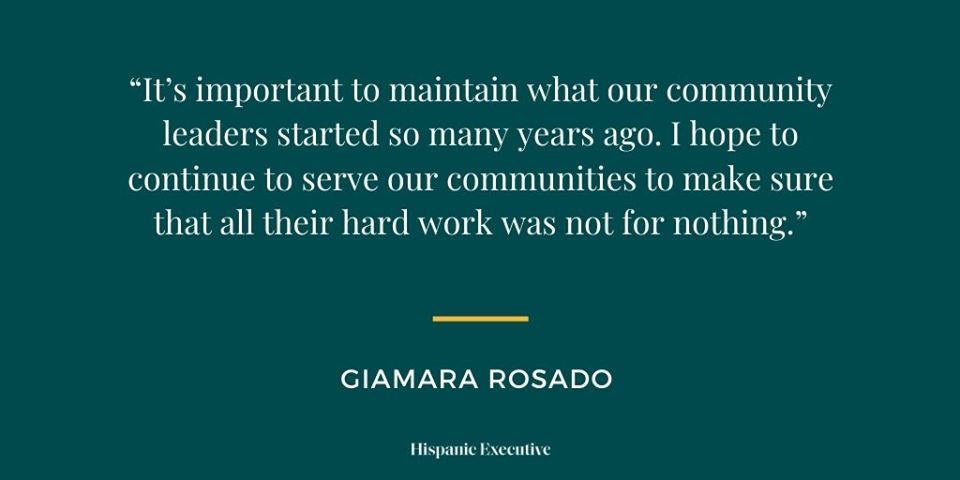 Giamara Rosado Preserves Her Community to See It Prosper 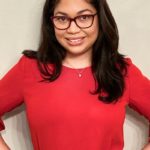 It’s really no wonder that Giamara Rosado has found a home at Acacia Network. After all, the nonprofit was built by ambitious individuals, and Rosado has been around ambitious individuals all her life—beginning, first and foremost, with her grandmother. She moved from Puerto Rico to New York as a teenager with the dream of creating a better life for herself and for her family.

“My grandmother and mother paved the way for the family to be successful and showed me what hard work can do,” says the Bronx-raised Rosado. “The women in my life really showed me how to be strong and pushed me in my education.”

That push from her family sparked a lifelong love for problem-solving, which carried Rosado through undergrad at Penn State and to a transformative intern gig with the nonprofit Acacia Network. It was there that she realized there was a diverse array of services in place that could enable her to use her legal skills and give back to the Bronx.

“I always wanted to bring my education back to the community that I grew up in,” Rosado explains, though she does admit that she was initially daunted by the tangled world of social services. “I have seen what happens when an organization is not able to keep up with the changing world around them. It’s frustrating to see the deprivation of essential services to our communities.”

Instead of finding stagnation, however, Rosado was pleasantly surprised to discover that Acacia Network responded directly to the Latino community’s need for housing, healthcare, and social services. “Acacia Network was such a dynamic place. I saw that they had an infrastructure that enabled them to maintain essential services throughout the city. . . . And I wanted to be a part of it and help nonprofits succeed.”

“Acacia Network was such a dynamic place. I saw that they had an infrastructure that enabled them to maintain essential services throughout the city.”

Rosado enrolled at CUNY School of Law, where she focused on the service of human needs and was able to cut her teeth at the school’s Community & Economic Development Clinic. After graduating, she quickly returned to Acacia Network and rose from deputy counsel to executive deputy counsel before taking her seat today as senior vice president.

“I’ve been given the challenge of building on our legal team to coincide with the growth of the network,” she says of expanding the legal department from herself and one other to a team that now includes a chief legal officer, compliance officer, risk manager, and four paralegals. Rosado hopes to add additional attorneys and paralegals. During the recent COVID-19 pandemic, she has been encouraged that Acacia Network has been able to keep many individuals employed.

This was similar to when the organization scored a major victory by securing affordable housing for seniors in Puerto Rico. “The organization used local employees with expertise to do that project, even during Hurricane Maria,” she says of what became a huge team effort. “The Puerto Rico project was one of the main goals of our CEO. Our chief operating officer took the lead role, and I contributed as much as I could. Now, I believe the senior home is at capacity, so that’s a great story of overcoming adversity.”

Looking ahead, Rosado plans to do much of the same work, but on a bigger scope. A good example is how she’s currently leveraging her legal acumen in assisting with Acacia’s one hundred-plus related entities—both through managing the contract review and addressing the city and state clearance process for funding contracts. Her ultimate focus, she says, is to carry the torch first lifted by Puerto Rican New Yorkers like her grandmother before her.

“It’s important to maintain what our community leaders started so many years ago. I hope to continue to serve our communities to make sure that all their hard work was not for nothing.”

Rosado is continuing Acacia Network’s legacy in multiple ways. She shared a few of her recent daily challenges and opportunities with Hispanic Executive:

A major goal for Rosado has been to conquer the intricacies of government contracting and use technological capabilities so that the organization can better confront any unexpected issues facing the community. The first test for this initiative has been a major one: the unprecedented spread of COVID-19, particularly in New York, where life came to a complete standstill in early 2020 due to the pandemic.

“We serve such a fragile population,” she says. “We have senior centers, a nursing home, a juvenile program for youth who have no place to go.” Fortunately, the streamlined technology system helped the organization address the challenge. “We’re keeping up with the changing regulations and maintaining the legal needs for the network even in unimaginable circumstances—that’s the most rewarding part.”

“There are a few people during my career that I feel really held out a hand and showed me that things are possible if you focus on your goals, so I feel like it’s only right to do that for the next person in line,” Rosado says of her approach to mentorship. She helps her paralegals develop career goals and finds future opportunities for them, whether the next stage is at Acacia or elsewhere. “[My internship] let me try things and struggle, so it’s important for me to do the same for others.”

Rosado likens her management style to leading a band. “We each have to play our instrument well to make beautiful music,” she says. “I’m not a litigator, I’m not a medical compliance professional, but I understand that they all have their focus and their expertise, and they make the team better because of it. I think that’s how you gain respect from your team members—you value what they can contribute.”

Remaining Focused Despite the Chaos

Considering Acacia Network has its hand in just about every aspect of society—from housing to day care to senior services—there’s rarely a dull moment, which is fine by Giamara Rosado. “It’s never the same, one day to the next,” she says. “There’s always something going on, whether it’s a submission with a deadline or an emergency in one of our sites or this pandemic that we’re going through right now.”

To ensure that she and her team stay above the fray, Rosado stresses the need to celebrate successes, even if they’re small. “It sounds cliché when people say that to be happy in a job you need to find one where you love what you do, but it’s true,” she says. “It’s always rewarding when we’re able to pull together and contribute to what is on the table at the moment, especially when you know that what you do every day affects other people.”